Home / Matrimony / Knowing Before Marriage; What You Say? 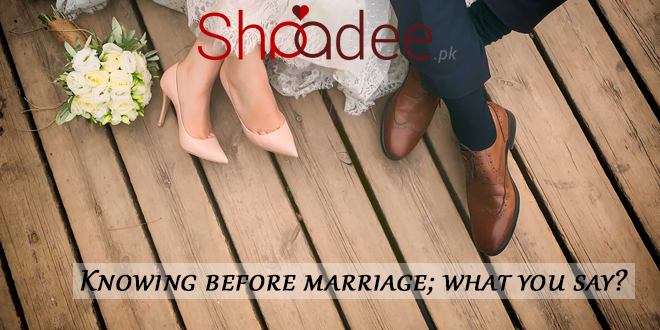 Knowing Before Marriage; What You Say?

Knowing Before Marriage; What You Say?

Its an old school when you encounter with your life partner on just wedding day. Today, youth wonder that how could they get together without knowing each other first. In modern day, it has become fathomable that ones dating before marriage is as crucial as meeting after marriage to avoid so many misgivings. Such thing has severed the gap between love marriage and an arranged one. There is a thin line between the two concepts. In the old era, understanding between the two souls was taken as love no matter that understanding is just knowing. Still the old generation particularly in some orthodox society thinks that knowing previously to marriage is no sign of good character. Well it has no flaws but advantages. Few are enlisted below:

One must know each other beforehand to avoid break up

There are greater chances that you two hitched up and later find that you both have no compatibility to spend a life ahead. So better you should know the compatibility level earlier to marriage. It will save you from divorce which is still a taboo in most of the societies.

To have a honeymoon period before honeymoon

Its amazing to spend a quality time with your future wife and your future husband to absorb the wedding shocks. In ones in- laws one must know somebody in there to not to destroy ones marriage events and if knowing is that important then why not its your husband to be. Know well and set your mind free from future apprehensions.

To mix and match, to add and delete

Significantly, Knowing is important because adding subtracting the habits and and matching mixing of each others require time to make a mainstream and balanced future life As give and take should be balanced. So know him well before you get hitched.

To compromise and to understand each other

Compromise is important to have a happy life . No one is perfect yet one has to keep ones idiosyncratic identity alive. So compromise from both sides is imperative to have a balanced life. It is a subject to morality that one must give enough space to each other to have a best relationship ahead.

Previous Man Is From Mars, Women Is From Venus And Children From Heaven; How To Get A Balanced Life
Next 5 Things To Do Before Your Marriage 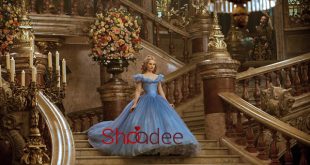 When Cinderella found the salvation in marrying a prince—did she become a happier person? 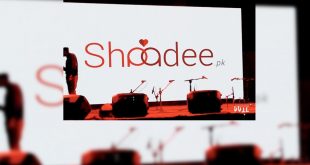 What you can find on shaadee.pk?